"Low" is the 11th studio album by English singer-songwriter David Bowie, released on 14 January 1977 by RCA Records. Recorded following Bowie's move to West berlin after a period of drug addiction and personal instability, Low became the first of three collaborations with producers Brian Eno and Tony Visconti, later termed the "Berlin Trilogy". However, the album was recorded largely in France at the Château d'Hérouville and marked a shift in Bowie's musical style toward an electronic and ambient approach that would be further explored on subsequent albums "Heroes" (1977) and "Lodger" (1979). The music of Low was inspired by the German music scene, particularly Tangerine Dream, Kraftwerk and Neu!. Bowie became interested in these bands while collaborating with Iggy Pop on his debut solo album "The Idiot". Side one consists primarily of shorter, direct avant-pop song-fragments while side two consists of longer, mostly instrumental tracks.

Upon its release, response to Low was primarily divided. RCA refused to release the album for three months, in fear of poor commercial performance. Nevertheless, the album surpassed the performance of "Station to Station" on the UK Albums Chart, peaking at number 2. In subsequent decades, Low has been considered ahead of its time and has become widely acclaimed as one of Bowie's best and most influential works. It has appeared on numerous "best-of" lists, including by Pitchfork, who placed it at number 1 in its list of the Top 100 Albums of the 1970s, and by Q, who placed it at number 14 in its list of the 100 Greatest British Albums Ever. In 2013, NME listed the album as the 14th greatest of all time. It was also listed as one of Rolling Stone's 500 greatest albums of all time. The album has been reissued multiple times and was remastered in 2017 as part of the "A New Career in a New Town (1977-1982)" box set.

The genesis of Low lies in both the foundations laid by Bowie's previous album "Station to Station" and in the music he recorded for the soundtrack to The Man Who Fell to Earth. When Bowie presented his material for the film to Nicolas Roag, the director decided that it would not be suitable. Roeg preferred a more folksy sound, although John Phillips (the chosen composer for the soundtrack) described Bowie's contributions as "haunting and beautiful". Elements from these pieces were incorporated into Low instead. The album's cover, like Station to Station, is a still from the movie: the photographic image, under the album's title, formed a deliberate pun on the phrase "low profile". The album's working title was New Music Night and Day. 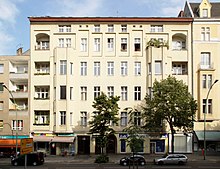 Following Bowie's Thin White Duke period and the commercial success of the singles "Fame" and "Golden Years" in 1976 Bowie had also become embroiled in controversy regarding comments he made seemingly in favour of fascism. He blamed his erratic behaviour in his Thin White Duke period on his addictions and precarious mental state. He later explained: "It was a dangerous period for me. I was at the end of my tether physically and emotionally and had serious doubts about my sanity." Bowie moved to Switzerland in the second half of 1976. Later that year, he and friend and singer Iggy Pop went to Berlin in a further attempt to kick his drug habit and escape the spotlight:

For many years Berlin had appealed to me as a sort of sanctuary-like situation. It was one of the few cities where I could move around in virtual anonymity. I was going broke; it was cheap to live. For some reason, Berliners just didn't care. Well, not about an English rock singer, anyway.

While sharing an apartment with Pop, Bowie became interested in the German music scene, including the acts Tangerine Dream, Kraftwerk and Neu!. Before moving to the apartment on Hauptstraße, Pop and Bowie stayed with Edgar Froese of Tangerine Dream and his family at their home in Schöneberg. Froese also helped Bowie with his recovery and introduced him to the Berlin underground scene. Bowie named Froese's solo album "Epsilian in Malaysian Pale" as a big influence and a soundtrack to his life in Berlin. During the months of his recovery, he also became interested in Brian Eno's minimalist album "Discrett Music" (1975), eventually meeting with Eno in 1976 and soon after beginning collaborations with Eno, producer Tony Visconti, and Pop. Shortly before arriving in Berlin to work with Bowie, Eno had recorded with German band Harmonica, who would also serve as a major influence in the recording of Low.

In 1976, Bowie also cowrote and produced Pop's solo album debut "The Idiot" (1977). As work on the album started before Bowie's own Low, Pop's The Idiot is often referred to as the unofficial beginning of Bowie's Berlin period, though the two albums were recorded almost concurrently.

At the forefront of Low's sound was Visconti's recent acquisition: an Eventide H910 Harmonizer.

"Low" features Bowie's first explorations of electronic and ambient music. Side one of the album contained short, direct avant-pop song-fragments; side two comprised longer, mostly instrumental tracks. On these tracks help was lent by ex-Roxy Music keyboardist and conceptualist Eno, who brought along his EMS "suitcase" AKS synthesiser (Bowie was later given this particular synthesiser as a birthday present after a friend obtained it in an auction). Often incorrectly given credit as Low's producer, Eno was responsible for a good deal of the direction and composition of the second side of the album and wrote the theme and instrumentation for "Warszawa" while Bowie was in Paris attending court hearings against his former manager. Eno in turn was helped by producer Tony Visconti's four-year-old son who sat next to Eno playing A, B, C in a constant loop at the studio piano. This phrase became the "Warszawa" theme. On Bowie's return Eno played him the work. Impressed, Bowie then composed the vaguely Eastern European-sounding lyrics. According to French music journalist Matthieu Thibault, the onomatopoeic choral chants have no precise meaning and were composed instead in the service of atmosphere, delivered in three different voices and overdubbed atop one another.

Although the music was influenced by German bands such as Tangerine Dream, Kraftwerk and Neu!, Low has been acclaimed for its originality and is considered ahead of its time, not least for its cavernous treated drum sound created by producer Visconti using an Eventide Harmonizer. On the release of "Low", Visconti received phone calls from other producers asking how he had made this unique sound, but would not give up the information, instead asking each producer how they thought it had been done. In 2004, Bjorn Randolph of Stylus magazine said that "had the album been released twenty years later, this would have been called 'post rock'".

RCA executives, upon hearing "Low", wrote Bowie a letter rejecting the album and urging him to make an album more like "Young Americans". Bowie kept the rejection letter on his wall at home.

Critical reaction to Low at the time of its release was relatively divided. Rolling Stone magazine's John Milward stated that "Bowie lacks the self-assured humour to pull off his avant-garde aspirations" and found the album's second side weaker than its first, stating: "Side one, where Bowie works within more conventional rock trappings, is superior to side two's experiments simply because a band forces discipline into Bowie's writing and performance." In The Village Voice, Robert Christgau found side one's seven "fragments" to be "almost as powerful as the 'overlong' tracks on Station to Station", but described "the movie music on side two" as banal (though he later revised his opinion on the second side after the release of Heroes, writing that Low "now seems quite pop, slick and to the point even when the point is background noise"). Christgau included it at number 26 on his "dean's list" of the year's best albums for the 1977 Pazz and Jop critics poll. Los Angeles Times critic Robert Hilburn shared a similar sentiment and stated: "For 12 minutes, this is Bowie's most striking and satisfying album since Ziggy. But the remaining 26 minutes, including all of Side 2, deal with a spacy art rock style that is simply beyond mass pop sensibilities for it to build much enthusiasm."

By contrast, NME found Low "stunningly beautiful [...] the sound of Sinatra reproduced by Martian computers". Billboard called the album's second side "the most adventurous and a stark contrast to the few distorted hard rock cuts on side one" and wrote that Low "emphasizes Bowie's serious writing efforts which only time can tell will appeal to the people who have watched him go through various musical phases". John Rockwell of The New York Times wrote that "There are hardly any vocals, and what there are mostly mindless doggerel heard from afar. And the instrumentals are strange and spacey. Nevertheless, the whole thing strikes this listener as remarkably, alluringly beautiful." Rockwell described its sound as "a strange crossbreed of Roxy Music, Eno's own solo albums, Talking Heads and an Indonesian gamelan. Yet it still is recognizably a David Bowie album", and concluded that "once Mr. Bowie's fans overcome their initial shock at his latest change in direction, they may realize that he's made one of the finest disks of his career".

"Low" was a commercial success, peaking at number 2 on the UK Albums Chart and number 11 on the US Billboard Pop Albums chart. "Sound and Vision" and "Be My Wife" were released as singles; the former reached number 3 on the UK Singles Chart.

Nick Lowe "retaliated" for the name of Low by naming his 1977 EP "Bowi". In 1985, Robert Smith of the Cure cited it as one of his five favorite albums.

In 2000 it was voted number 47 in Colin Larkin's All Time Top 1000 Albums. In 2003, the album was ranked number 249 on Rolling Stone magazine's list of The 500 Greatest Albums of All Time and 251 in a 2012 revised list. In a retrospective review, The Rolling Stone Album Guide states: "it's the music of an overstimulated mind in an exhausted body [...] sashays through some serious emotional wreckage".

Philip Glass based his 1992 classical composition Loe Symphony" on Low, with Bowie and Eno both influencing the work.

"Low" has also been regarded by music analysts as being a crucial influence on the post-rock genre, which would come to prominence among underground musicians nearly two decades after the album's release.

All lyrics are written by David Bowie; all music is composed by Bowie, except where noted.

Based on the album credits. Track numbers refer to CD and digital releases of the album.